Pleasure Island Greenway + Bike Path - Will It Be A Reality? 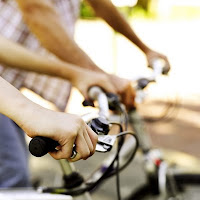 Today's Wilmington Star-News featured an article about the proposed Pleasure Island Greenway including the development of the plan and reaction from business owners, residents, and visitors.

The greenway committee is currently drafting an alternate proposal to the original one which sent the bike path through "the backyards of homes bordering the undeveloped Sunny Point blast zone" and was met with "heated opposition" from Kure Beach residents as well as state and federal agencies whose property would be affected.

There is support from the Carolina Beach community, however, so the greenway committee is planning to start the building there as an extension of the existing Carolina Beach State Park trail. They also plan to build and/or improve paths near Snow's Cut Bridge and between U.S. 421 and Dow Roads. Funding for this part of the project has been included by New Hanover County in an application for Federal stimulus funds.

Comment here and let the Pleasure Island Chamber know what you think about the Greenway and Bike Path proposal. Please include where you live, if you are a business owner, resident, or visitor, and how the bike path would affect you.

Read more about our coverage of the Pleasure Island Greenway.

Read today's Star-News article: Path's On Track.
Posted by Unknown at 10:15 AM