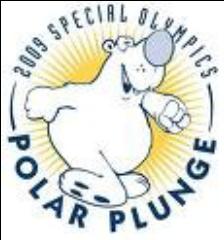 The 7th Annual Polar Plunge is just around the corner. They will be at the Carolina Beach Boardwalk and Gazebo Area for The Plunge to Support Special Olympics New Hanover County.

Please join them on Saturday, February 19th in the big tent starting at 11:00 am and be ready to take the Plunge at 3:00 pm. They will have entertainment and other activities throughout the day. Please go to the registration page for online individual and team registration: www.plungenhc.com

Find more Pleasure Island charity events on the events calendar at PleasureIslandNC.org
Posted by Unknown at 3:37 PM No comments:

It's going to be another great year on Pleasure Island! Mark your 2011 calendar for your favorite events:

Posted by Unknown at 2:59 PM No comments:

The year 2011 marks the 146th Anniversary of the end of the Civil War.  To commemorate the Second Battle of Fort Fisher (the largest land-sea battle of the Civil War), the Fort Fisher State Historic Site will stage "Glory Enough For All", an all day event on Saturday, January 15, 2011 beginning at 10:00 am until 4:00 pm. The program will focus on post-war reunions and efforts to memorialize the battle. The event will also serve as the kick-off for the sesquicentennial (150th) commemoration of the Civil War in North Carolina. 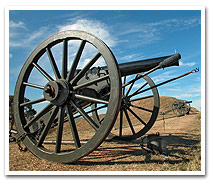 The Fort Fisher State Historic Site is located in Kure Beach, NC, at 1610 Fort Fisher Blvd. South, along US Highway 421 South. For more information call 910-458-5538 or go to www.fortfisher.nchistoricsites.org
Posted by Unknown at 2:57 PM No comments: