Join us at the 2016 Boogie in the Park Concert Series 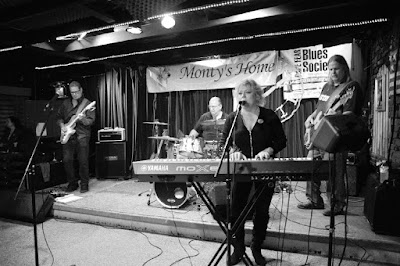 On the first and third Sundays, from May through October, the Ocean Front Park at 105 Atlantic Avenue in Kure Beach hosts a free summer concert series from 5:00 pm to 7:00 pm, featuring some of the area's most talented entertainers in rock, pop, jazz, and crossover country.

Bring the family, bring your guests, or just come by yourself with your chair or blanket and park it by the sea. The 2016 concert lineup features performers to suit every musical taste, and those in between. For more details visit us at www.pleasureislandnc.org. Here is what's in store for the next few weeks...

August 7 - Lynne and the Wave


Local favorites Lynne and the Wave get things started on Sunday, August 7. A true variety band, Lynne and the Wave will make you want to dance to their repertoire of classic rock, current pop, blues, jazz, R&B and crossover country tunes. So bring your dancing shoes to the party and let Dave Denne', Jeff Coble, Lynne Denne', David McPherson, and the rest of the band help you have a good time.

On August 21st, prepare to be entertained and engaged with the electric rock sounds of  The Clams, Wilmington's own jamband experience. This 5-man unique group entertains fans with inspired favorites like Bob Dylan, the Grateful Dead, The Band, Buddy Holly, and the Rolling Stones, to name a few. They're not just a cover band; Members Tucker Hill, Dylan Lee, Alex Goodell, Jeff Sanchez, and Si Cantwell have 18 original songs in their pockets.

The Central Park Band moves audiences to their feet with their classic rock, pop, dance, and beach music from the decades on September 4. Energetic with true showman power, and hailing from the Raleigh area, The Central Park Band specializes in dance music across the decades and plays some of the best shag tunes. From "Summertime's Calling Me" to their original "You Don't Know."

For the full lineup of the Boogie in the Park Concert Series musicians, visit the site here. Remember the series lasts through October 16th, so there are several more opportunities to visit Ocean Front Park for this free music experience.
Posted by Unknown at 1:17 PM